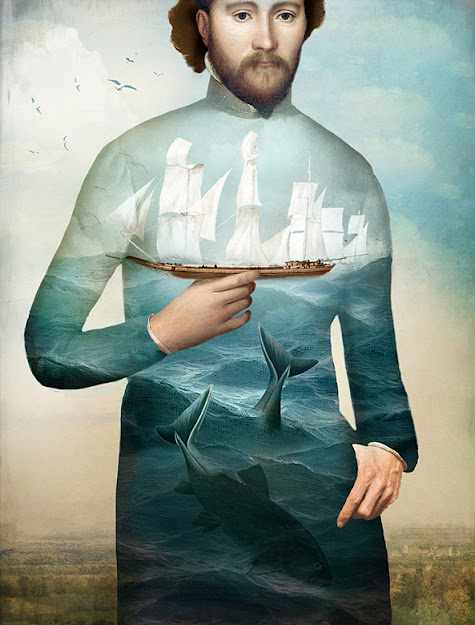 Most of the cards I originally designed for this deck depicted the tarot scene from a female point of view. But since the tarot should reflect a more inclusive perspective, I added traditionally male figures to the deck as well, mainly for the Kings and some Minor Arcana cards. For the Emperor and the four King cards, I created two versions, feminine and masculine, and have included both as bonus cards in this 83-card deck. Readers may choose which rendition they want to include in their tarot readings.

CWelzStein
In 2009 Catrin started to create digital images by collaging old illustrations and photographs. At the same time she discovered online social networks and her private images were then open to the public. The positive responses Catrin got there were her motivation to go on with her art until now.